With a board under his feet since he was 14 years old, Romain Hurdequint discovers through skateboard graphics, a passion for art. In 2011, he decided to document in a blog all the artistic potential that skate offers.

Ten years later, The Daily Board is still read by several thousand visitors each month and has become a reference. In 2018, Romain undertook the writing of an anthology entitled Skate Art: From the Object to the Artwork, published by Cercle d’Art. This anthology finds itself distributed worldwide, notably within the prestigious museums of New York, the MoMA and the MET.

Committed to democratizing this new art to the general public, Romain organized several exhibitions in Lyon and Bordeaux. First Inking Board, for which he invited tattoo artists to cut the skin to paint on a diptych of skateboards, then Spraying Board, where street art meets skateboarding. For both concepts, the entrepreneur provides the canvases (the skateboards to be customized) along with their wall hangings. The whole thing is branded Tigerclaw Supplies, a new brand on the skateboarding scene of which he is the co-founder.

Rom av.JC is the artistic alter ego of Romain Hurdequint.

Armed with spray cans, acrylic, marker or clay, he reinvents the representations of ancient leisure activities. Placing the skateboard at the heart of gladiatorial combat or the first events of the Olympic Games, the artist rewrites the history of this discipline. Shaped like jars with Greco-Roman motifs, the boards bear witness to the practice of skateboarding at a time when the city of Lyon was called Lugdunum.

Like the ceramics of the Greco-Roman period, the worn skateboard is marked by its time. If the temporality is far from being the same, the bruises are similar. Broken, hammered, completely reduced to pieces, the skateboards at the end of their life are like those vases that resurface hundreds of years later: imperfect, but full of history.

In the manner of kintsugi and its respect for wabi-sabi, he seeks to care for what remains of the skateboard and to recognize the beauty in its imperfections. It is a question of restoring the board without masking the traces left by its use, but by rewriting its history. The abused skateboard is ennobled by taking on a new life… antique. 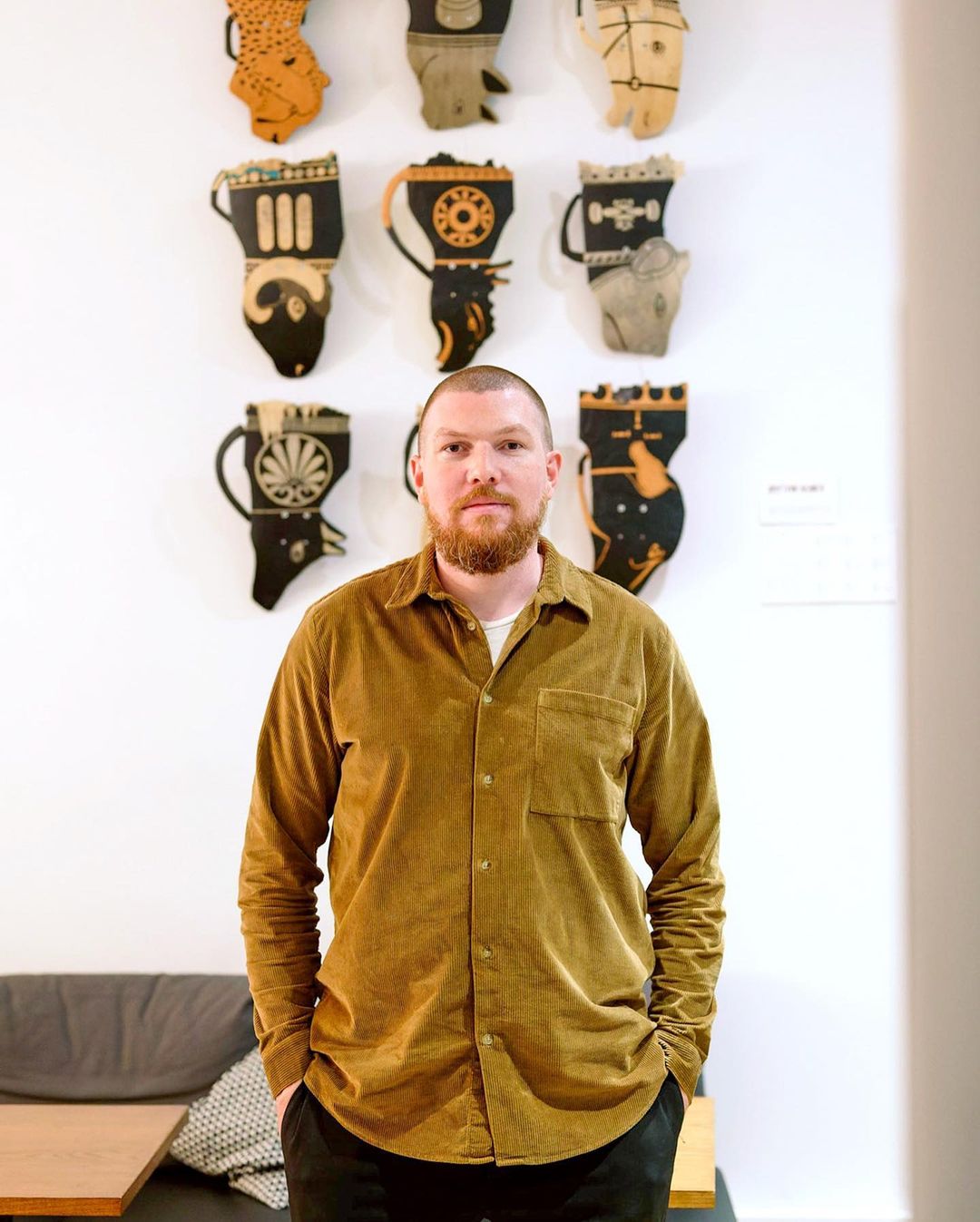